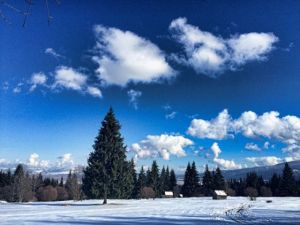 Father Csaba’s reflection on the gospel

Wednesday 18 January 2017 ..The feast of Saint Margaret of Árpádháza.

I presume that all the ten virgins were nicely dressed , the holy gospel does not give any details about their private lives, their qualifications ! Jesus only lets them close to Himself or repels the virgins described in the gospel based on one consideration, are they capable of fulfilling the task entrusted to them well, solemnly ?! Their task was to welcome the Bridegroom with burning lamps ! Nobody asks them why they fell asleep, or why  their lights were extinguished , they are not even asked what thoughts do they have , how troubled is their spiritual life or childhood ! The judgement, the very  harsh judgement is all about whether they carried out the work they were entrusted with or not ?!

If we read our Lord’s words attentively we can be really be shocked He is not interested in the private life of the barren fig tree or why is there no fruit on the tree , whether the early spring or summer frosts destroyed the produce ….No, all this does not interest Jesus He curses the infertile tree and that withers  !! Jesus states clearly :  I want you  to "bear fruit—fruit that will last—“!

What today’s gospel passage  is telling me to stop licking my own wounds, to stop lamenting about the meagre conditions in Eastern Europe and with all my might I have to get down to the task that the Heavenly Father entrusted me with !!  Lets not be preoccupied by others but only by what I have to do for God’s glory, my people's and the sake of humanity!!

The Parable of the Ten Virgins

“At that time the kingdom of heaven will be like ten virgins who took their lamps and went out to meet the bridegroom.   Five of them were foolish and five were wise.  The foolish ones took their lamps but did not take any oil with them.  The wise ones, however, took oil in jars along with their lamps.  The bridegroom was a long time in coming, and they all became drowsy and fell asleep.

“At midnight the cry rang out: ‘Here’s the bridegroom! Come out to meet him!’

“Then all the virgins woke up and trimmed their lamps.  The foolish ones said to the wise, ‘Give us some of your oil; our lamps are going out.’

“‘No,’ they replied, ‘there may not be enough for both us and you. Instead, go to those who sell oil and buy some for yourselves.’

“But while they were on their way to buy the oil, the bridegroom arrived. The virgins who were ready went in with him to the wedding banquet. And the door was shut.

“Later the others also came. ‘Lord, Lord,’ they said, ‘open the door for us!’

“Therefore keep watch, because you do not know the day or the hour.